On May 15, 2016 at 14:08 hours, the Swoope Volunteer Fire Company 14 was dispatched to a Motor Vehicle Collision (MVC) in the 900 block of Cattleman Road. Upon Engine 14-5's arrival, the crew performed a 360 survey and found a two vehicle crash that was blocking the roadway. Lieutenant Cory Smith initiated Command of scene and directed crew to assess multiple people in the vehicles for injuries, and stabilize the scene. One patient was treated and transported to the Augusta Health by Augusta County Fire-Rescue (ACFR) Ambulance 10-02. Clean-up was performed by Engine 14-5 crew and Lieutenant Smith placed the situation under control at 15:04 hours. 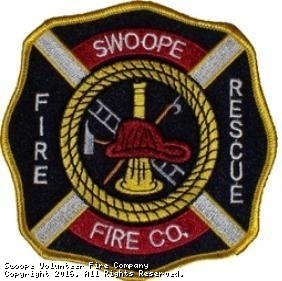 Copyright © 2006-2020. YourFirstDue Inc. All Rights Reserved. Designated trademarks and brands are the property of their respective owners. Content on this web site is supplied by Swoope Volunteer Fire Company. YourFirstDue Inc. cannot be held responsible or liable for any content, text, pictures, or any other media found on this web site. Maintained by the members and staff of Swoope Volunteer Fire Company.
Management Login
Powered by