On December 8, 2017, the Swoope Volunteer Fire Company along with Staunton City Engine 2 and Staunton-Augusta Rescue Squad (SARS) were dispatched for a "Motor vehicle accident with partial ejection, subject trapped."

Utility 14 and Engine 14-5 were first to arrive, found a male partially ejected from a single vehicle accident. Fire Chief Kevin Wilkes initiated Rt 262 Command. Swoope crews provided immediate medical care for victim, provided lights on the scene and set up a traffic control zone. Engine 2, Medic 5-1, and Squad 10 all arrived on scene a short time later. Crews worked together to package patient and to transfer to awaiting SARS Medic 5-1. 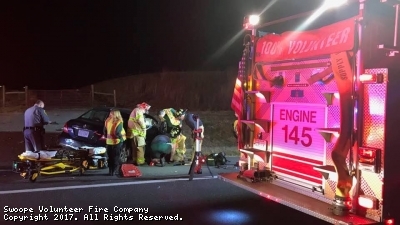 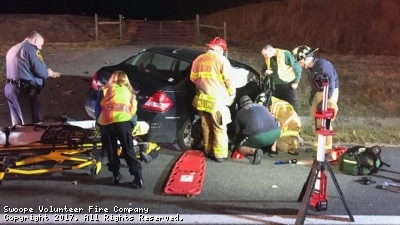 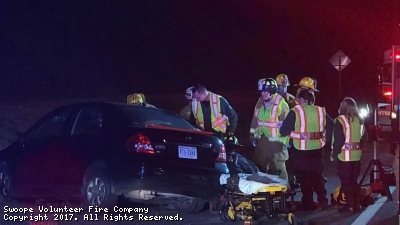 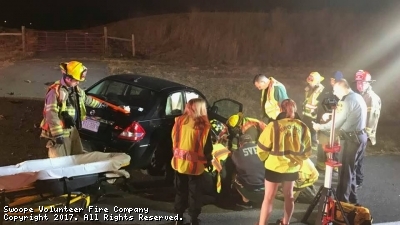 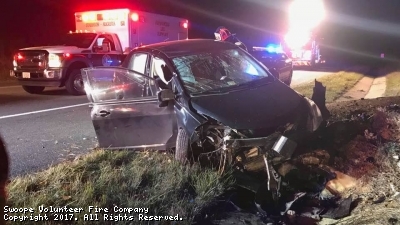 The Swoope Volunteer Fire Company would like to share the Harrisonburg Fire Departments fire safety tips for your home; if you are a smoker, please make sure that your smoking materials are extinguished completely, never leave an unattended candle burning, always have an escape plan prepared, ha...
➜
Fire Burn Law in Effect (February 15 to April 30)

The Swoope Volunteer Fire Company would like residence to be aware of the Burn Law that is in effect from February 15 to April 30.
Automobile Accident - Vehicle Over the Embankment with Entrapment

On March 24, 2019 at 00:28 hours, the Swoope Volunteer Fire Company along with Churchville Rescue Squad were dispatched to a report of an Automobile Accident at the intersections of Galena Road and Churchville Avenue.
➜
Member Receives Chief Fire Officer Credentialing

On March 11, 2019, the Commission on Professional Credentialing (CPC) met and voted unanimously to award Chief Fire Officer (CFO) designation to Scott F. Wilkes. The Center for Public Safety Excellence (CPSE) awards CFO to members who have demonstrated through education, leadership and management sk...
➜
2019 SWOOPE Officers
Congratulations to the 2019 Swoope Volunteer Fire Company Officers;Fire Chief - Kevin L. WilkesDeputy Chief - Chris BotkinCaptain - Nelson Mace14 Lieutenant 1 - David Lotts14 Lieutenant 2 - Philip WadeEMS Captain - Jen WadeEMS Lieutenant - James McManusTraining Coordinator - Ryan CichonHealth & ...
➜
UPDATE Santa is Coming to Town December 22
SANTA IS COMING TO TOWN!!! SATURDAY December 22nd starting at 11:30AM, Santa and his crew will be leaving the Swoope Volunteer Fire Company and coming to YOUR neighborhood. Below is the order in which we will visit.
➜
Santa Will BE Delayed...Stay Tuned
Unfortunately the weather is not going to allow Santa to make the trip from the North Pole to Swoope tomorrow for his annual trip around on the fire engine... Please continue to follow our page for more information on a reschedule.
➜
Christmas Tree SALE 2018 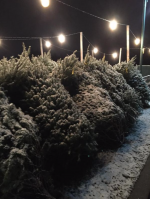 FRESH CUT CHRISTMAS TREES!!! Come out to the Swoope Volunteer Fire Company on weekdays from 5-9pm or on the weekends from 9am-9pm to get your freshly cut White Pine Christmas Tree. LOW LOW PRICE of $20 and help support your 100% VOLUNTEER Fire Company! Merry Christmas and Happy Holidays!!!
➜
2018 Christmas Tree Sale

The Swoope Volunteer Fire Company will be selling Christmas Trees this year, thank you to those who have supported us for many years. Crews went out to the Boys Home of Virginia Tree Farm in West Augusta to tag the best trees on the lot.
➜
Swoope GUN Raffle TICKETS The Swoope Volunteer Fire Company is a 100% VOLUNTEER, 100% of the TIME fire company. It is that time of year to pick up your GUN Raffle tickets once again. We are giving tickets away for a $10 donation...
➜
LODD - Hanover County, Virginia 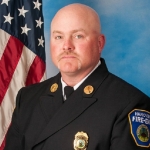 The Swoope Volunteer Fire Company Officers and Members would like to send their deepest sympathy and prayers to the Hanover County Fire Department and the Clark Family. A Hanover County firefighter killed after a tractor-trailer struck a fire truck working an accident along I-295 Thursday night.Fort...
➜
NFPA Fire Prevention WEEK - October 7-13, 2018

The Officers and Members of the Swoope Volunteer Fire Company wish you a very SAFE Fire Prevention Week. This year's theme is LOOK, LISTEN, LEARN. LOOKLook for places fire could start. Take a good look around your home.
➜
Happy Anniversary Lieutenant Lotts

Happy Anniversary to Lieutenant David Lotts and his beautiful bride of 29 years!
Come Celebrate the 4th of July with Swoope Lemonade Stand and Food Trailer

Swoope Volunteer Fire Company will be BUSY this week! We will have our LEMON-AID Stand AND our Food Trailer at the Gypsy Hill Park on July 3rd and 4th for the Happy Birthday America 2018 event! Our volunteers will be more than happy to assist you with our delicious, but affordable, burgers, fries, ...
➜
Fireworks Safety Tips for a Safe Celebration 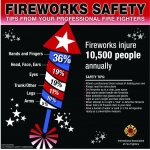 The Officers and Members of the Swoope Volunteer Fire Company wish you and your family a safe and fun 4th of July Holiday. Please take a look at the safety tips while using fireworks to celebrate the holiday.
➜
Swoope Adds Five New Certified Firefighters to the Roster

As children we all saw the big red fire trucks racing down the street with their lights and sirens on. This could not be more exciting for children, who would dream of one day riding or driving those fire engines.Fast forward to adulthood.
➜
Motor Vehicle Accident on Churchville Ave

This site has been viewed 137,166 times.
Calls
News
Events
Pictures
Apparatus
Maintained by the members and staff of Swoope Volunteer Fire Company. Designated trademarks and brands are the property of their respective owners. Copyright © 2006-2022. YourFirstDue Inc. All Rights Reserved. Content on this web site is supplied by Swoope Volunteer Fire Company. YourFirstDue Inc. cannot be held responsible or liable for any content, text, pictures, or any other media found on this web site.
Management login
Powered by